Again, there is no truth without love.

The report is pretty bare-bones as it is, so I will merely reproduce it rather than try to summarize.  My comments appear at the end.

One subset of conservatives expressed the greatest tendency to promote false news stories. Here’s what it means for the fight against misinformation. 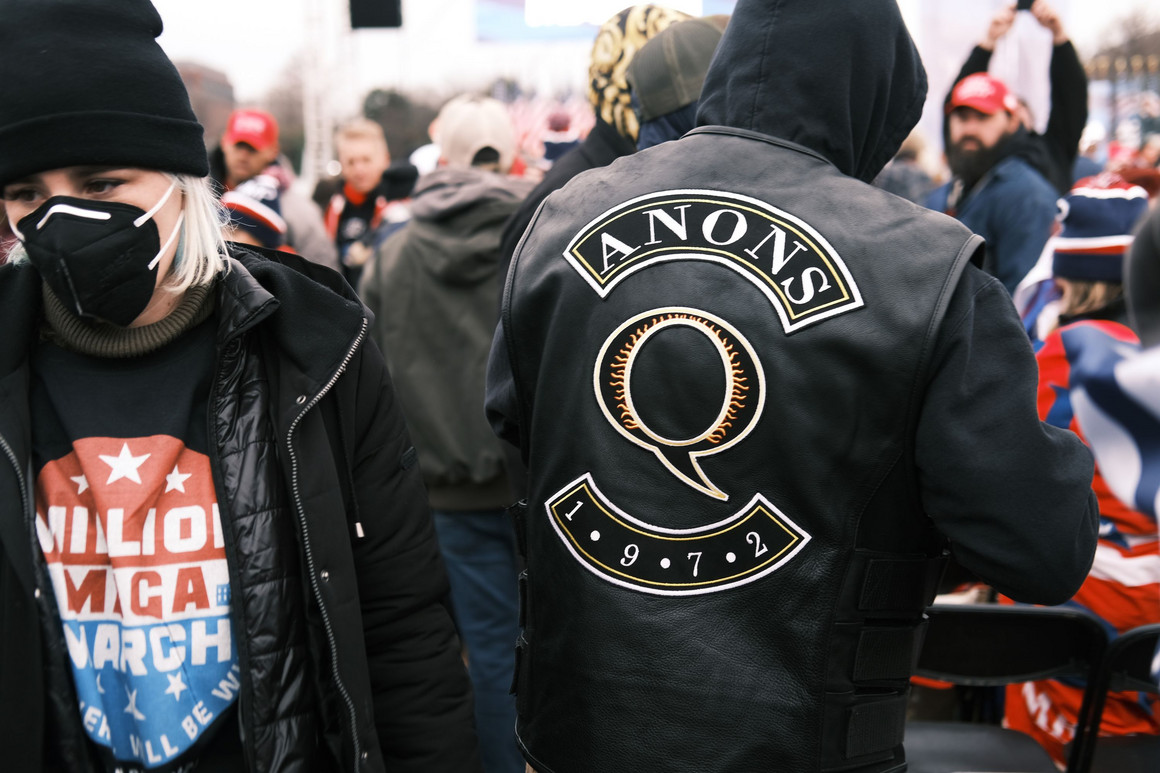 By HEMANT KAKKAR and ASHER LAWSON

Hemant Kakkar is assistant professor of management and organizations at Duke University’s Fuqua School of Business.

Asher Lawson is a Ph.D. student in management and organizations at Duke.

Whether it’s anti-vaccine messaging or falsehoods about the 2020 election, it’s easy to blame conservatives or Republicans as a group for spreading misinformation, as many in the media and academia have done. But this message is oversimplified, and anyone who wants to fight back against the very real scourge of fake news in American politics should look more closely.

In newly published research, we found that it’s not conservatives in general who tend to promote false information, but rather a smaller subset of them who also share two psychological traits: low levels of conscientiousness and an appetite for chaos. Importantly, we found that several other factors we tested for — including support for former President Donald Trump — did not reliably predict an inclination to share misinformation.

Our findings suggest it is misguided to assign blame for misinformation to the political right broadly — indeed, doing so risks increasing polarization. Instead, it would be more productive for researchers, social media platforms, politicians and members of the media to focus their efforts on low-conscientiousness conservatives (LCCs for short) in particular. Yet, our findings also showed that fact-checking was not an effective way to prevent these conservatives from sharing false news stories, meaning other interventions are needed.

However, given that conservatism historically has been associated with respect for tradition, authority and social institutions, we reasoned that ideology alone might not explain the spread of fake news. We decided to investigate the role personality traits might play, focusing our research on conscientiousness — the tendency to regulate one’s own behavior by being less impulsive and more orderly, diligent and prudent. Our presumption was that conservatives with lower levels of conscientiousness would be more inclined to spread fake news, and that there would be no difference between highly conscientious conservatives and their liberal counterparts.

We tested these hypotheses across eight experimental studies with a sample size of more than 4,600 participants in total. In each study, participants reported their political ideology and responded to several questions evaluating their tendency toward conscientious on a five-point scale. They then were exposed to a series of fake and real news headlines — a mix of neutral, conservative or liberal-leaning in their news content — and asked to indicate their willingness to share those news stories with other people.

We also wanted to understand what, exactly, drives LCCs to spread misinformation. So, in one of the studies, we asked participants to report their leanings on a range of potential influences: level of support for Trump, time spent on social media, distrust of the mainstream media, and endorsement of conservative social and economic values. To our surprise, none of these factors was a reliable predictor of LCCs’ elevated tendency to share false news stories.

Instead, using statistical analysis, we found that the only reliable explanation was a general desire for chaos — that is, a motivation to disregard, disrupt, and take down existing social and political institutions as a means of asserting the dominance and superiority of one’s own group. Participants indicated their appetite for chaos by using a scale to express how much they agreed with statements like, “I think society should be burned to the ground.” For LCCs, we concluded, sharing false information is a vehicle for propagating chaos.

Can LCCs be prevented from sharing falsities? One of the most common measures for combating misinformation is using accurate messaging or fact-checker interventions, which have been shown to reduce the sharing of misinformation. Unfortunately, in two studies, we found that fact-checking warnings were inadequate: LCCs continued to share fake news stories at a higher rate compared with liberals and high-conscientiousness conservatives, despite being told the news was inaccurate.

This is a concerning finding. At the same time, our research overall suggests a path forward. First, those seeking to combat false information online can now target their interventions toward a smaller subset of the population: LCCs. More targeted approaches have been shown to be effective in influencing individual behavior in the past.

Second, our research makes clear that anyone trying to reach LCCs needs to experiment with interventions that go beyond fact-checking. We believe the onus falls primarily on social media companies. There is plenty of evidence that a user’s personality and political ideology can be inferred based on their social media activity. If these companies can identify LCCs, that means they can also be proactive in making sure LCCs are presented with reliable information, and not with falsities.

Misinformation is a serious threat to American democracy that deserves serious attention. But we should be smart about how we go about combating the spread of fake news stories. While our research doesn’t provide all the answers, it can help to narrow the focus of these efforts and, in the process, should divert blame away from those conservatives who aren’t sharing misinformation.

I have had many posts seeking to understand those who lie and believe lies:

The present report introduces categories I have never considered before.  I want all people to be conscientious.  “Low conscientiousness” describes people I’ve never conceived of, and I doubt I would want to be around them, even if they were merely subjects in a research study.

“Desire for chaos” is the limiting reactant.

Unlike the present researchers, I do not give such persons credit for seeing any goal to the chaos, unless it were sheer opportunism.

They seem to have malice toward everyone around them.

Based on what I’ve said in the past about truth and love, it need not be surprising that such persons lie and are drawn toward lies.

Unexamined in the present research is why there was such an explosion of fake news coincident with the Trump candidacy.  It may have been as simple as Trump’s appeals to anger.

I have no new insights.

I believe I have spoken about what to do, in the past.

The researchers do not mention by name, but implicitly touch on, the phenomenon of motivated reasoning.  It will not likely be deterred by fact-checking, or by any other strategy I can think of that the social media platforms may be able to employ.  To change motivated reasoning, one must change the motives.

That can’t be done by force.

When the time came for me to write this next passage, I ran into some sort of block.  I have said the same thing many times, but apparently I myself am not yet “all in” with this perspective.  I put the manuscript away, went to bed, and didn’t pick it up again for two days.

There can be a strong desire to change their minds, whether by persuasion or by force.  This isn’t likely to work, especially if one fails to do what I here mention last, first.  Certainly, if there is any hostility in one’s expressions, the audience will likely “turn off” or “tune out,” on the one hand; and, on the other hand, there is the risk that one will express untruths.

The next alternative is a desire at least to understand them, but thus far that goal has most certainly eluded me.

It may be that one’s own expressions, in words and deeds, and especially the outcomes of one’s words and deeds, may model for them, and give evidence, that there is a happier approach to life.  But there are no guarantees.  First and last, the task is to love them as they are.

A day or two after writing the above, it came to me:  these people are malcontents.  I will no doubt have more to say about that hereafter.