For years, I’ve had a special sensitivity to reports of child abuse.

This one may give you nightmares for the rest of your life. 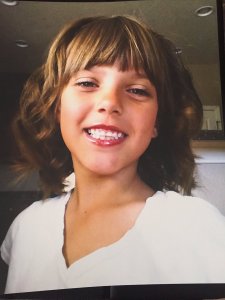 According to the police report, on her 10th birthday, the mother’s boyfriend and his female cousin injected this little girl with drugs “to calm her down.”  They proceeded to strangle, torture, rape and dismember her.

While her mother looked on.

Where is God, or what is God, when such an event can occur?

The term “abomination” may refer to an event so horrific, so evil, that it ought not be physically possible in the real world.

It shouldn’t be able to occur.

I have never observed that any evil intention, any evil act, whether on my own part or on anyone else’s, meets any cosmic resistance.  There may be interference from one’s attitudes or morals, but those are no feature of the physical world.

This seems to me to explain a great deal about why the world is as it is.

Where is God; what is God?

I currently believe God is coterminous with the cosmos itself.  As I have said elsewhere:

God is infinite. If God is truly infinite, then God’s being must necessarily include (or incorporate) everything that exists. If anything were to exist apart from God, then God would not be truly infinite.

To that extent, I identify God with What Is.

Accordingly, as all events occur within God; it is not within the nature, or shape, of God to be able to pose any resistance to evil.

This immediately poses certain dilemmas for conventional religion, in particular con­ventional Christianity.   God cannot be merely, wholly good or light or love, regardless of the Christian scriptures (1 John 1:5, 1 John 4:8, 16).  In contrast, on the one hand, Isaiah 45:7 reports that God says, “I create evil.”  But that may only apply to such “evils” as tornadoes and earthquakes — and famines and plagues.  Human evil is of a different order.  On the other hand, I am saying that human evil must also occur, can only occur, within the being of God.

The next dilemma is how one can love God, whereas God includes so many events that one is most inclined to abhor.  For the time being, my resolution has been that just as I must love people I don’t like, and somehow love events I don’t like, so also I must come to love What Is; but not necessarily worship it.  I will discuss that more below.

Who or what to forgive

Jesus said, “Offenses are sure to come  (Luke 17:1).”  The term here translated “offenses” is skandala, which can also be translated “stumbling blocks” or “temptations to sin.”  Things you don’t like will happen.  They’re inevitable.  I do not participate in millenarianism or messianism:  Jesus does not anticipate any time when it will ever be otherwise, and neither do I.

Related:  “Scandal:” The meaning of the word

In the past, even the recent past, I have been seriously personally wounded by the demonization of people of my skin color.  It has taken tremendous effort for me to come to accept:  People will say things you won’t like.  And be OK with that.

The doctrine of microaggressions, which has been de rigeur in recent years, indicates that if one college student refers to America as “the land of opportunity,” he or she inflicts a wound on others from which they can never, never ever, recover.  It’s an abomination.

Things will happen you won’t like; things have happened you don’t like.  The first example might be the event I reported at the outset.  But there are, and will be, many, many more.  One can, and many people do, grieve forever over abominations:  the Middle Passage, slavery, Jim Crow, the Holocaust.  It’s not just bad enough that these events did occur;  many people hold intense anger against God, or the cosmos, for the very fact that they even could.

I hold that the proper focus of anyone’s attention is what one personally can do here and now.  This is “presence.”  This is where we meet What Is.  And it won’t occur so long as one holds some dis-acceptance of, or antipathy toward, the facts as they are — What Is.

(Dis-acceptance of, or antipathy toward, What Is — the facts as they are — is the basis of every ideology.  In all our historical conflicts in this country, that’s why we’ve never found any solution: whether the ideology is left or right, racial or religious, none of them ever starts with an admission of What Is.)

All the resentment I may hold against some trifling offense that may occur at the shelter; all the resentment anyone may have over any of the great abominations that have occurred in history; changes nothing.  One may as well forgive the cosmos.

Complaining means you’re not doing what you can.

To love, or to worship?

The greatest commandment is, “You will love the Lord your God.”  I have no reservations about loving What Is, about loving All.  Worshipping What Is is a different question.

If I were a parent, I would certainly love my infant child, who poops.  I might even somehow find a way to love the poop.  I am not at all inclined to worship the child, or the poop.

Some may be inclined to say I’m actually an atheist, and I don’t mind if they do.  Certainly to posit God as Being, or as transcending Being (being both Being and Not-being), flirts with the question of whether there can be said to be any God at all.

I’m about to say it doesn’t necessarily matter much.

A more sensitive question for me is whether God in fact cares for human beings, or is instead indifferent.  Is God good, or instead morally inert?

In the end, perhaps that doesn’t necessarily matter much, either.

The ethic is the same.

The world is what we make it.

God, if there is a God, is creative, and has made human beings creative also.  What we create is the great question.

As I have said elsewhere:

As I view the world right now, I see three elements:  (1) What Is, including the material (seen) world, the spiritual (unseen) world, and all possibilities of events that can possibly occur.  I may as well call this “God.”  (2)  A single set of principles that govern existence and all events that can occur.  What we call the laws of physics are an example of these principles.  I may as well call this “God’s will.”

(3) Human activity.  It may be that there are no commandments, and no such thing as sin.  Rather, God’s will is inviolable; and it is how we interact with What Is, inevitably in accordance with those principles, that brings weal or woe.  If we act this way, we can have a world of harmony, beauty and joy.  If we act that way, we’ll have a world of poverty, violence and bloodshed.

Joel 2:13 specifies a God such as [the New Atheist] Christopher Hitchens refuses to believe anyone can believe in; yet the Bible says this.  It says,  “Return to the Lord, your God, for he is gracious and merciful, slow to anger, and abounding in steadfast love.”

It can be a world where people are gracious and merciful, slow to anger, and abounding in steadfast love.

A world where every child is wanted.

The choice is ours.

5 thoughts on “Forgiving the cosmos”